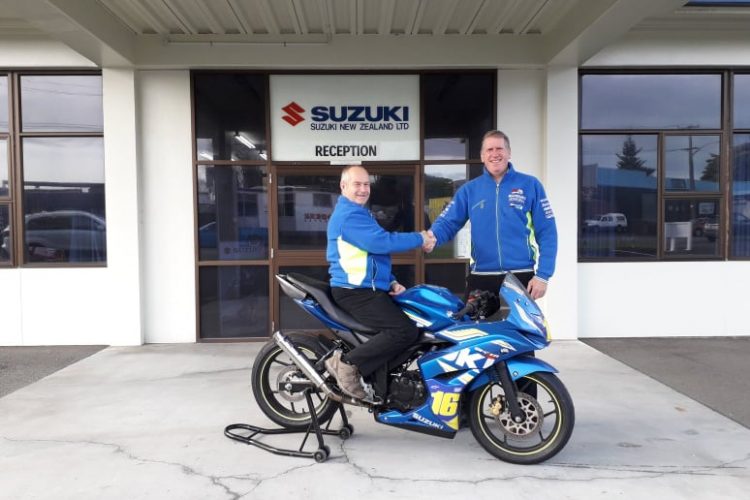 With the Coronavirus COVID-19 pandemic wreaking havoc across the sporting world these past few months, the news this week that Suzuki New Zealand would ensure its now-iconic three-round Suzuki Series would light up the tarmac again this summer was greeted with yelps of delight from the motor-racing community.

And so, as riders shake off the cobwebs from their lock-down, the revs are already building for the start of the 2020 edition of the Suzuki Series, a competition that has grown in leaps and bounds since its inaugural running in 2008.

The 2020 Suzuki Series will kick off at Taupo on December 6, then heads to Manfeild a week later, on December 13, and finally wraps up on the public streets of Wanganui’s Cemetery Circuit on Boxing Day.

The iconic street race event in Wanganui on December 26 will again serve as the spectacular finale and this year it will be the 68th running of the post-Christmas race meeting.

“Although the borders may be closed for the Northern Hemisphere, we have had plenty of interest from Australia and, with the talent we have in New Zealand, there will still be plenty of great racing to see.”

The 2020 race programme will start to take shape over the coming months and Willacy hopes to be able to reveal some names before the three-round series’ first race at Bruce McLaren Motorsport Park, near Taupo, on Sunday, December 5.

Suzuki New Zealand’s general manager of Motorcycle/ATV/Marine Marketing, Simon Meade, said he was thrilled to continue to stand right behind the series.

“Coming out of the COVID-19 pandemic, people needed to know they could go racing again and we are happy to provide a platform for that.

“The various bike classes that are offered by this series cater for all motorcycle owners out there and we know this leads to the high participation numbers that we see in the Suzuki Series each year. That’s what we’re all about, offering something for everyone.”