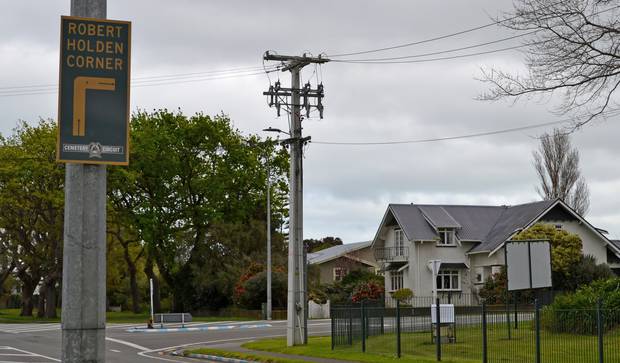 Whatever may or may not happen come December 26, planning for this year’s Cemetery Circuit motorcycle race is still going ahead.

Organisers Julie and Allan (Flea) Willacy will not be deterred by the global pandemic, concentrating instead on the possibility of a good day’s racing and a big crowd.
They’ve even invested in a brand new website designed by Jeff Croot of Inferno Design. With Jeff being a bike racer himself, he’ll know exactly what’s needed.
“We’ll go online for entry forms for competitors and, hopefully, ticket sales won’t be far behind it,” says Flea. “We’re definitely carrying on, but the downside is no overseas competitors. That will bring all the top New Zealand riders to the forefront.”

New Zealand riders have proven time and again that they can take their place with the best in the world, says Flea, so there will still be some amazing racing.

Boxing Day at the Cemetery Circuit is the last day of racing in the three days of the Suzuki Series, with the other two rounds being at Bruce McLaren Motorsport at Taupō on December 6 and Manfeild in Manawatū on December 13.

Whanganui District Council and contractors are working on part of the track, replacing infrastructure but also improving the surface.
“They’ve moved a manhole in Wilson St out of the way for us … and they’ve cut some trees down and made inserts to go into the ground so we can slide poles in them and put our fence up. The Council has been very good to us. The whole road will be hot mix.”

“There are new Cemetery Circuit signs around the track, too,” says Julie. She says while it might benefit spectators it’s more for the tourists, with each corner identified by name.
“We get a lot of tourists come into town and do a lap of the track,” says Flea. He says Graeme staples is the man to thank for getting the signs happening. Graeme has assumed the role of course historian, a role formerly held for many years by the late Ray Whitham.

The Cemetery Circuit is world famous, known as the Isle of Man of the Southern Hemisphere.

“We’ve got a new class this year,” says Flea. “We’re introducing 300 Supersports, the same as they had in the World Superbike Championship. It’s one of the up and coming classes. We’ll still have the 150 (Suzuki) Gixxers.”

Flea and Julie say the Cemetery Circuit is so popular there are riders who will skip the other two rounds and only ride in Whanganui.
“There are so many more entries for Whanganui than there are for the other two rounds,” says Julie.
“In Formula 3 last year we had riders in reserve,” says Flea. “They were queueing up.”
Numbers in each class are limited for track safety reasons.
“We probably spend about $30,000 a year in safety,” says Flea. A lot of it comes through grants from NZCT. “They’re very good to us.”
The Cemetery Circuit has invested more money in high tech air bag barriers but Flea says they’ll probably never get rid of straw bales entirely.
“It just keeps that tradition going.” Straw bales are used only in run-off areas, not places of possible direct impact.
The air bags have proved their worth with Flea pretty sure they’ve saved ACC and the taxpayer hundreds of thousands of dollars.
“The hospital used to gear up for us … they don’t do it any more.

“This is a community event,” says Flea. The vast numbers of volunteers who assist beforehand, on the day and afterwards in the clean up, plus the businesses that step up to help are testament to the level of Whanganui involvement.

With luck the country will be in Level 1 by the time of the Suzuki Series, allowing a full compliment of riders and spectators.
“Overall, it will be good, all the top New Zealand riders will be in the series and it will be fantastic racing,” says Flea.