IT’S ALL THE ENTERTAINMENT YOU’LL EVER NEED 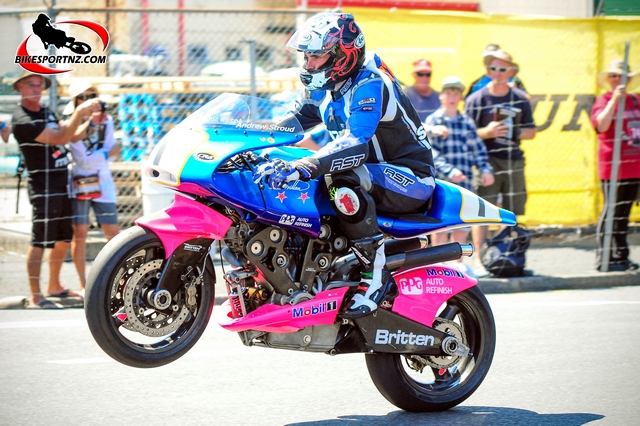 What’s the best medicine to take when this latest edition of the COVID-19 thing blows over? How about a dose of adrenalin and some awesome bike racing action?

Forget Lightbox, Netflix, Spark Sport or Sky TV for your summer viewing – surely you’re sick of sitting in front of the TV in lockdown – because you should instead be heading to the Cemetery Circuit web site for news and ticket options for the 2021 edition of the always popular Suzuki International Series.

Expect to be royally entertained with live motorcycle racing in the three-round Suzuki International Series, preparations well advanced and everyone looking forward to going racing, despite another year of interference from that dreaded pandemic.

“We have again been given good support from sponsors, especially from Suzuki New Zealand and we will be running the same classes that proved popular last year.”

He believes it is going to be another scorching summer of motorcycling this year with the annual Suzuki International Series road-race competition again absolutely swamped with entries. Willacy reckons he will again have trouble fitting them all in.

Willacy is overjoyed with the huge interest being shown by riders and he believes the 2021 edition of the series, set to kick off at Taupo’s Bruce McLaren Motorsport Park on December 4-5, will be massive.

Manfeild follows as host venue a week later, on December 11-12, and the action wraps up on the public streets of Whanganui’s famous Cemetery Circuit on Boxing Day (that’s December 26, in case you’d forgotten).

The first two rounds will again be two-dayers – first day for practice, qualifying and a single sprint race, while day two will feature two red-hot races for each bike class.

This popular series is New Zealand’s most esteemed motorcycle competition and it has again attracted a huge number of top-calibre riders.

Whakatane’s Mitch Rees won the Suzuki International Series in the premier Formula One class in 2020, before going on to win the 2021 national superbike crown a few months later, and he will hope to defend both those crowns this time around, although that will be no easy task.

Taupo’s Scott Moir, the Suzuki International Series outright winner in 2017 and again in 2018, is determined to win again and Suzuki’s 2019 national superbike champion Daniel Mettam, from Glen Eden, won’t be taking a back seat either.

They will be joined again in the Suzuki superbike ranks this year by the 2020 New Zealand Supersport 600 champion from Whanganui, Richie Dibben, and while it’ll only be Dibben’s second season on a 1000cc bike, it pays not to ignore the likely threat he’ll pose.

Christchurch’s Alastair Hoogenboezem, winner of the superbike class during the COVID-19 pandemic-shortened New Zealand Superbike Championship series in 2020, will likely make the trip north to tackle the Suzuki Series again this year and Auckland former national superbike champion Jaden Hassan is tipped to feature too.

No matter who turns up, the racing is sure to be fast and furious with handlebar-to-handlebar action through every turn.

“We are pleased to announce that this year the Suzuki Series will be running an ‘All asphalt New Zealand Super Moto Cup’  as an extra for the Motard class,” said Willacy.

As always, the third and final round of the series, on the public streets of Whanganui’s world-renowned Cemetery Circuit on Boxing Day (December 26), will bring fans the excitement and closeness that only street racing can deliver.

The 1.6-kilometre course comprises eight corners, a railway crossing, an over-bridge and blind s-bends, flanked either side by graveyard headstones.

This is a venue unrivalled anywhere in the world, a place where more than 10,000 spectators cram every nook and cranny as bikes race past, almost within touching distance. Riders can’t believe it and spectators love it.

You have to be there on Boxing Day to see who takes out the series overall and, of course, to witness who claims the most sought-after, one-off Robert Holden Feature race trophy.